A Voice in the Desert 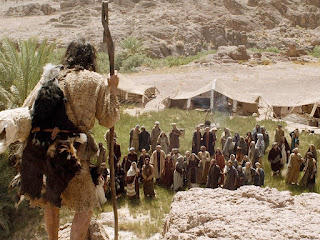 We can’t possibly celebrate the coming of Christ without mentioning the one who prepared the way before him. Like Matthew, we see the appearance of John the Baptist in the desert of Judea as a fulfillment of another Messianic prophecy of Isaiah: “a voice of one crying out in the desert [will] prepare the way of the Lord” (Mt 3:3, Is 40:3).

A little background for John the Baptist’s appearance is in order. Around the time of Jesus, the Holy Land is a land of great unrest. The Davidic kingdom lies in ruins. Political uprisings against the Romans are common place. Israel has been waiting for centuries “the Prophet” that God had promised Moses - one like Moses, who would be able to see God face to face (cf. Deut 18:15, 34:10). Not only has the emergence of “the Prophet” remained an unfulfilled promise, Israel also has been without prophets for many years. For the chosen people of God, it feels as though they were living in a prolonged period of divine abandonment.

This explains why it is such a big deal when John the Baptist appears: finally, God is sending Israel a prophet, albeit the last O.T. prophet! What ensues is almost like a Ben-Hur moment. According to Matthew, “Jerusalem, all Judea, and the whole region around the Jordan were going out to him and were being baptized by him in the Jordan River” (Mt 3:5-6).

Turned out, an even bigger deal is still in store. It catches even John by surprise. Along with the multitudes of people that converge on the Jordan area where John’s baptism is being administered, Jesus, the person whose way he is to prepare, also appears (cf. Lk 3:7-14)! Like the crowds whom John admonishes as “brood of vipers”, he is also asking to receive baptism (Lk 3:7, Mt 3:13). Isn't Jesus the promised Prophet (cf. Deut 18:15, 34:10)? Why does he need John’s baptism? That will be a whole new topic for us to contemplate as the season of Advent continues to unfold. 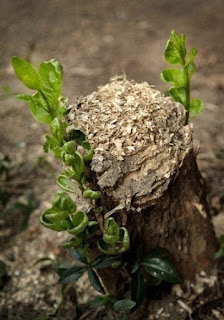