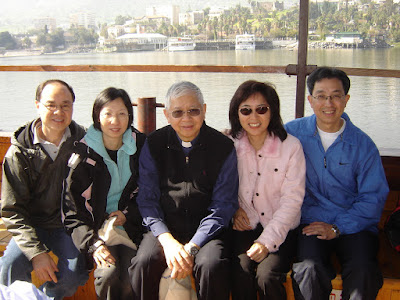 Mountain Symbolism in the Bible

Born a resident of Tsuen Wan, Hong Kong, I grew up admiring the Tai Mo Shan, which held our small rural town in its broad embrace like a giant. What is it like to stand atop the mountain and take in the panoramic view of the low-lying town, its farmlands, its harbor, the nearby islands and the ocean beyond? Wouldn’t it be nice to be able to let go of the burdens of school work and roam wild in the woods of the mountain? What’s hidden underneath the clouds that cover its summit all year round? Does God live there?

Those were my daydreams, a rural town boy sitting in the classroom of Tsuen Wan Government Primary School, looking out its windows to the awe-inspiring Tai Mo Shan….

The mountain is a special place in the Bible. No serious reader can afford to overlook the significance of mountain symbolism in the Bible: it’s a place of ascent; it’s a liberation from the burden of life; its majestic height enables us to see wider and farther; it connects us to the Sacred and Divine and puts us in touch with the Creator.

It is, therefore, no coincidence that so many important moments of Jesus’ life took place in the setting of the mountain: the temptation, the Sermon on the Mount, the Transfiguration, his agony on Mount Olive, the Crucifixion, and his Ascension.

Looking further into the Old Testament, there were the Old Testament mountains of revelation: Mount Moriah, where Abraham sacrificed Isaac and later King Solomon built the Jerusalem Temple; Mount Sinai where the Decalogue was proclaimed to, and a covenant made with, Israel; Mount Horeb, where God revealed Himself to the prophet Elijah following “strong and heavy wind”, “an earthquake”, “fire” and “a tiny whispering sound” (1Kings 19:11-12).

The mountains of the Bible were remote and yet they formed the backdrops for the close encounters between God and men; unreachable and yet they comprised the settings in which God’s words and ordinances were made within human reach; hidden and hard to find and yet it’s in their lofty heights and sacred spaces that God revealed Himself to those who sought Him.