Christ Is Our Light


Never in my wildest dream had I envisioned myself participating in the World Youth Day. While a regular Sunday Catholic, I had not been much of a fan of the Catholic Church, which had seemed so out of step with the world in its teachings and downright authoritarian in overseeing its members. Also, as a married man for years and a father of two teens, I wasn’t exactly the youthful kind of adult who was drawn to the young people like iron fillings to a magnet. But there I was, against all odds, on the grounds of the Downsview Park at 6 a.m. on a rainy and stormy day in the summer of 2002, singing, praying, and worshiping joyfully among 850,000 plus pilgrims, together with my wife and a Protestant friend who asked me to bring him along to see the Pope whom he otherwise would never be able to see. There we were, attending the papal Mass of the 2002 WYD in Downsview, Toronto!

If there’s anything I’ve learnt about the Holy Spirit, it’s that He's the creative, playful and divine Third Person who never ceases to amaze. Just when my personal career was about to take off and at a time when serious spiritual pursuits were the last thing on my mind, He put me through a powerful and lengthy process of spiritual conversion that really “fixed me up”. By the time the 2002 WYD took place, I had become – yes, you’d better believe it! - a staunch defender of the Catholic Church who had fallen in love head over heels with the Roman Papacy, especially the Pontiff of the day, St. John Paul II whose teaching was key in turning me around as a lost sheep.

The light of the world, the salt of the earth. We scatter the darkness when love becomes our way... So many years later, the theme song of the 2002 WYD still resonates loud and clear in my heart as I reflect on this Sunday’s readings. “Dear young people, do not be content with anything less than the highest ideals!” intoned the Holy Father, seated on a make-shift stage that almost looked fragile and creaky in the howling winds and under a threatening sky. Young people I was not, but stirred by the Holy Spirit and fired up by the experience of the conversion, my heart was young as a puppy and my desire was for the Mother Church to feed me more. I minced carefully every word the Holy Father said which harkened back to Jesus’ Sermon on the Mount: “You are the salt of the earth…You are the light of the world” (Mt. 5:13-14).

Christ is the light, the light of creation “in the beginning” that shone when “the earth was a formless wasteland, and darkness covered the abyss” (Gen 1:1-2); the light of hope as envisioned by the Prophet Isaiah that would shine “upon those who dwelt in the land of gloom” (Is. 9:1); the light of eternity that made the sun and the moon unnecessary and lit up the City of God (Rev 21:23). Christ is our light. We are called this Sunday to shine with his brightness, not in word alone, but in action: “Share your bread with the hungry, shelter the oppressed and the homeless; clothe the naked when you see them, and do not turn your back on your own. Then your light shall break forth like the dawn…” (Is 58:7-8). That - through our works of mercy - is how we shine. Wait no more for the end is near. Let’s roll up our sleeves and work on it now! 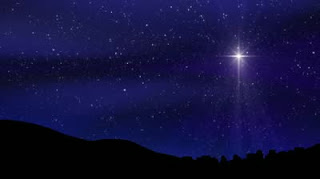 Email ThisBlogThis!Share to TwitterShare to FacebookShare to Pinterest
Labels: The World and Me, Thoughful and Easy

希望，承諾和未來可以在日常生活中經歷到，也可以由聖經帶給我們，兩者似乎一樣，其實不盡相同。兩者雖然都能給我們鼓舞和保證，但只有後者才能完全肯定和保證應驗，因為「這些話都是可信而真實的」(默22:6) 。
Posted by Edmond Lo at 1/09/2017 11:22:00 AM No comments: