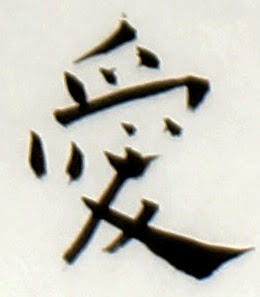 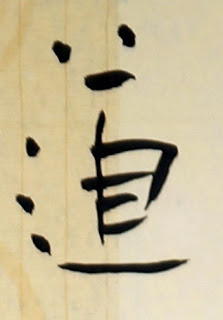 God's Way or My Way? - A Life-Defining Question

On September 6, 1997, innumerable people around the world watched on live television broadcast the solemn and glamorous funeral of Princess Diana, conducted in the historic Westminster Abbey and attended by royals, dignitaries, and celebrities as glittering as the stars in the sky. Notable among them was Elton John, who paid tribute to the beautiful princess with a rousing performance of Candle in the Wind. 8,000 kilometres away in a small and humble chapel of Kolkata, lay quietly and without much of the world’s attention was the body of Mother Teresa, who died of cardiac arrest on the day before.

“For my thoughts are not your thoughts, nor are your ways my ways” (Is.55:8). If the first reading of the 25th Sunday needs any illustration, there is no better illustration than the two contrasting scenes above.

When our thoughts and God’s are not in alignment, we often find ourselves arguing with him, the way the vineyard labourers argued with the landowner in Jesus’ parable. The first labourers believed they should be given more than the usual daily wage just because the workers who came late had been given that amount, forgetting conveniently that usual daily wage was what the landowner had promised them before they started. There was no ground for their dispute since the landowner didn’t break his promise.

To think about it, the real reason for the grumbling labourers’ complaint can only be jealousy. But if the landowner wanted to be generous with his own money, why would these jealous labourers think they had the right to dispute his generosity? Actually the landowner character in Jesus’ parable is an image of God, who is free to bestow his graces as he pleases; and often does so out of mercy and compassion. After all, grace is God’s gift of love. It’s free; it cannot be earned by human works. To say that one’s effort "deserves" more grace from God is in itself a presumptuous claim that reveals a heart pregnant with pride and self-righteousness.

Like the jealous labourers who grumbled against the landowner based on a faulty understanding of fairness, people often think God is unfair in dealing with them. Is it any surprise that people with such a mindset often find God remote and unreachable? In the Responsorial Psalm, we are reminded that we should “praise [God’s] name forever and ever” because he is “gracious and merciful”, “kind”, “compassionate”, “just”, and “holy”. Indeed if we would only heed the psalmist’s reminder of God’s exemplary virtues and bring our ways in alignment with his, we would find that whatever distance separating us from him will disappear quickly, for “the Lord is near to all who call upon him”. Given time, our trivial and mindless grumbles against God because of our own blindness to the truth will stop. Only then will peace and harmony in our relationship with God prevail.
Posted by Edmond Lo at 9/16/2014 10:02:00 PM 2 comments:

The Bronze Serpent - Why Did God Instruct Israel to Practise Idolatry?

As a time-honoured sports fan, I watch many sport events; sometimes in person, but mostly on television. In my early years in North America, I was puzzled to see that in many games that I watched, a spectator or two in the crowds often would hold up a sign that said simply, “John 3:16”. Being unfamiliar with the Bible at the time, I thought it was a code word for promoting some kind of well-known merchandise. Eventually I realized that the signs were referring to this Sunday’s gospel reading, particularly this verse in John 3:16: For God so loved the world that he gave his only Son, so that everyone who believes in him might not perish but might have eternal life.

The message is undeniably condensed and to the point. In the setting of a sporting venue or a crowded stadium where you can’t say much because people either can’t hear or won’t listen; drawing people’s attention to John 3:16 is a clever way to evangelize. But if I have a choice, I’d rather read out and explain in detail the preceding passage: And just as Moses lifted up the serpent in the desert, so must the Son of Man be lifted up, so that everyone who believes in him may have eternal life (John 3:14-15).

We are physical beings that perceive and communicate using our senses. Like a loving mother trying to get her baby’s attention using baby talk, God stoops down to our human level to communicate with us in an incarnational way that involves all of our senses. Top among God’s human techniques, or “baby talk” if you will, is the use of imagery that helps us visualize and understand things or ideas that are intangible or hard to grasp. Hidden in the fore-mentioned Johannine passage are powerful images that can shake anyone to the core of his being when properly understood.

In the first reading, God, who is steadfast in opposing idolatry throughout the Old Testament, inexplicably asked Moses to make an idol for his people – a bronze serpent. If this is not strange enough, His next instruction to Moses simply bordered on insanity: Get the Israelites to look at the bronze serpent, mounted high on a pole, as though it were an idol to be worshipped! God being God, He had it His way. Moses did exactly what he was told. But then again, God being God, He was able to heal everyone who got bitten by the serpents! Still, even though God can do anything He wants, a sensible reader will surely want to know: Why did God go against His own commandment and instruct Moses and his people to practise idolatry?

The way the Bible works, the real meaning of an Old Testament passage that seems so difficult to understand is usually revealed in the New Testament. As St. Augustine says so succinctly, “The New Testament is hidden in the Old, and the Old Testament revealed in the New.” In the gospel reading, Jesus perfects the techniques of biblical exegesis and explains that the bronze serpent that Moses lifted up in the desert is actually an image or a personification, if you will, pointing towards him personally. Like the bronze serpent that looked poisonous and yet was the cure for those suffering from poisonous wounds, Jesus, who looked like a convicted criminal on the Cross is in fact the cure for those suffering from sins; like the bronze serpent that was lifted up high on a pole, Jesus must be lifted up high on the Cross; like the serpent-bitten people who looked at the mounted serpent and got healed, the sin-wounded people who turn their gaze to the crucified Christ will be saved.

The imagery at work in the Mass readings of the Exaltation of the Holy Cross is not only powerful, it is also a good demonstration of why images cannot be seen as identical to “idols” – an error often made by many separated brethren of the reformed churches.
Posted by Edmond Lo at 9/10/2014 12:24:00 PM 1 comment: