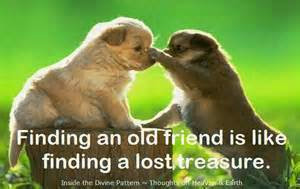 Top among my list of things to thank the Lord for in my prayer this morning was the blessing of re-establishing communication with three very good former classmates from my secondary school days in Hong Kong - two of them now residing in Hong Kong and the third one in Vancouver.

Using old-fashioned technology – telephone – one of the two former classmates in Hong Kong was able to track down the other one. From there, new - or newer - technology took over: the two of them emailed me, I added in the email of the Vancouver classmate, and suddenly emails were flying in and out of our email boxes like swarming minnows in the waters of Toogood Pond as the four of us scrambled to bring one another up to speed on almost forty years of activities and changes.

The feeling was amazing and at the same time a little strange, joyful and yet a little sad, sweet but inexplicably heart heavy. Everything that we used to know so well about each other – how we wrote, how we expressed ourselves, how we reacted to things, what each one of us liked or didn't like, our different inclinations and emotions, etc. – suddenly became quite unfamiliar. So you observed, you asked, you savored the familiar traits that remained and adjusted to the new ones that caught you off balance - it’s almost like starting all over again! The experience was fascinating and exciting to say the least.

Of the two former classmates in Hong Kong, one is a teacher and a scholar due for retirement in short order; the other one is a former government official but is now retired. The Vancouver friend is not only my former secondary school classmate; we also studied together and graduated from the same university in Canada. Being a financial advisor overseeing numerous investment portfolios, he can’t see how his clients will allow him to retire before 75.

As we get older, we come to appreciate old friends even more. Not only do they bring sweet memories and love; the time you spent with them, the interactions, the mere experience of growing up together, the companionship, the laughter and the tears - every moment of those youthful days has now become an integral part of your life. In a very real way, they are the people who define who you are. This is why I was thankful in my morning prayer: rediscovering a piece of me that had been missing for years. The rediscovery, joyful and sweet as it is, is like a jolt that triggers in my heart, and I'm sure in theirs as well, an eruption of euphoria and nostalgia together with a good mix of sadness and helplessness. Sad because those youthful images still vivid on your mind are in stark contrast to what you see; helpless because you realize that nobody, including yourself, can withstand the unrelenting and ever-forward-moving wheel of time.

Emails are still going back and forth among us as I write. As soon as all the emotions have subsided, our lives would probably return to normal. Tardiness might once again get in our way and we might not hear much from each other. But the friendship that has withstood almost 40 years of inactivity and somehow emerged strong and untarnished will surely continue to live on. For safe and sacred in our hearts is a special quarter carved out specifically for the occupation of this very special inhabitant - our friendship old as wine.
Posted by Edmond Lo at 3/30/2014 07:22:00 PM