Are You a Follower of Christ Or Just a Fan? 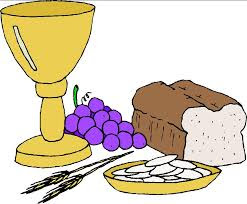 In the gospel reading of Sunday, September 9, Jesus heals a deaf man who also has a speech impediment. The significance of this miracle can only be fully understood from Luke’s account of a brief encounter between the disciples of John the Baptist and Jesus. When John sends two of his disciples to ask Jesus whether he is “the one who is to come”, our Lord answers, “Go and tell John what you have seen and heard: the blind regain their sight, the lame walk, lepers are cleansed, the deaf hear, the dead are raised, the poor have the good news proclaimed to them” (Luke 7:19, 22). Like John’s disciples, what we have seen and heard in this Sunday’s gospel are miracles similar to those alluded to in the said Lucan account.

In the first reading, promises of the same miracles roll off the tongue of the Prophet Isaiah one after another like magic roses: “Then will the eyes of the blind be opened, the ears of the deaf be cleared; then will the lame leap like a stag, then the tongue of the mute will sing” (Is 35:5-6). By performing all the signs that Isaiah has promised will appear when the Messiah comes, Jesus is making an epic statement: The Messianic prophecies of Isaiah have now been fulfilled in me; I am the Messiah, “the one to come”. Promises made, promises kept!

It doesn’t take long for a careful and persistent reader of the Bible to realize that the book is not an undifferentiated collection of unrelated texts, voluminous that it is. Rather, from beginning to end, it is a remarkably coherent story about God’s plan to save us. Gradually but surely God’s plan unfolds in human history, through generations and across geographical boundaries, defying all cultural barriers and surpassing all religious and political ideologies.

It flows in continuity. Through human writers, the same God who tells us the story of creation, the conjugal union of Adam and Eve, and the kingdom of David, also reveals to us the consummation of the New World order, the one-body union of Christ and his Church (the new Adam and Eve), and the glory of the Kingdom of God. From the Old Testament to the New, every promise or prophecy that has ever been made is fulfilled; every iconic figure, image, and sign that has ever crossed the stage of this long drama of Redemption is given its definitive and final meaning.

In contemplating this awesome mystery – this heavenly treasury of life and wisdom that we call the Bible, St. Augustine, known for his skills in rhetoric and articulation of words, could barely find words to express himself. This short acclaim is all the words he could manage to put together: Novum Testamentum in Vetere latet, Vetus in Novo patet, or the New Testament is hidden in the Old, the Old is revealed in the New, his famous dictum on the Bible. Hidden in the Old Testament - this Sunday's first reading from Isaiah - is Jesus coming as our Savior. Revealed in the New Testament - this Sunday's gospel reading - is how the Isaian promise came to fruition in Jesus.

In concluding this reflection, here’s a little reminder for those interested in biblical hermeneutics (the interpretation of biblical texts) from someone who speaks from his experience in this regard. It’s easy to make the mistake of wanting to be Jesus’ follower but ending up being just a fan. We must keep in mind that just as the word of God is spoken not for us to study but to live, the discipline of biblical interpretation ultimately is pursued not as an academic exercise but as a living, liturgical experience. What are we saying here? What we are saying is that to be truly Christian is to be a true follower of Christ and not just a fan. A fan of Christ is interested in – even crazy about - everything he does, researches every word he says, and reads every book there is about him; but somehow just falls short of really entering into an authentic and intimate relationship with him. A true follower of Christ, on the other hand, wants to live in him; experience his presence; and become one with him. What better way to do all that than going to Mass, which is a significant and integral part of living out our Catholic faith? For both liturgically and sacramentally, it is in the Mass celebration that Christ makes his word heard through the Liturgy of the Word; his presence felt through the priest celebrating the Mass in persona Christi; and his Body and Blood come alive through the Liturgy of the Eucharist!

Do We Pray To Change God's Mind? 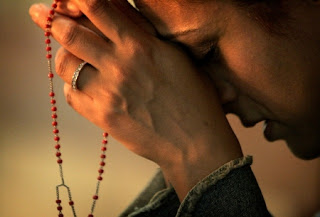 Approaching my mid-sixties, various ailments in my body begin to appear; some just plain annoying, some can be serious if left unattended. With such ailments in mind, I’ve been pleading for God’s help in my prayers: hope it’s not serious; grant me speedy recovery; save me from further medical treatments; keep me healthy so I can continue to serve….

As I prayed more and reflected more on the spirit of the Gospel, these words of St. Paul suddenly emerged like a stream of light: “For to me life is Christ, and death is gain” (Phil 1:21).

Praise the Lord! The enlightenment is profound and comforting. Why worry about these bodily ailments? They will continue to appear and will do so even more as my feeble human body ages. It’s only natural. If my health goes downhill from here to the point that I have to leave this world, I just have to accept it. It’ll be sad indeed to have to leave behind my family and friends. It’ll be unfortunate if I can’t use God's gifts to serve people more. But the eventuality of such an outcome only makes me realize what a wonderful blessing God has given me through baptism and how thankful I should be to Him for the profound awakening that He granted in the nineties by putting me through a deep conversion which truly turned my life around – or upside down, to be exact - and enabled me to walk in the light of Christ ever since!

This powerful experience of prayer also reinforces St. Augustine’s explanation of what prayer is and how it works. We often pray as though we want to change God’s mind. But how can we powerless mortals be capable of changing and influencing God who is by nature immutable? We pray, according to St. Augustine, not to change God but to change ourselves! “So by confessing our own miserable state and acknowledging your mercy towards us we open our hearts to you, so that you may free us wholly, as you have already begun to do. Then we shall no longer be miserable in ourselves but will find our true happiness in you” (Confessions, XI.1). Referring to Psalm 50:9-10 – “I need no bullock from your house, no goats from your fold; for every animal of the forest is mine, beasts by the thousands on my mountains” - he says we must understand that we pray and worship not because God needs us or desires our offerings but because we need God to change our hearts through prayer (City of God, I.x.6). How true!